Where is Arroyo Cardona?

Arroyo Cardona is a intermittent stream in Zacatecas, Mexico. It has an elevation of 2203 meters above sea level. It is also known as Arroyo Cardona. Information correct as at Thursday 7th August 2014. 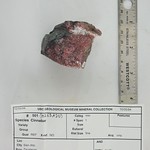 Do you know Arroyo Cardona?